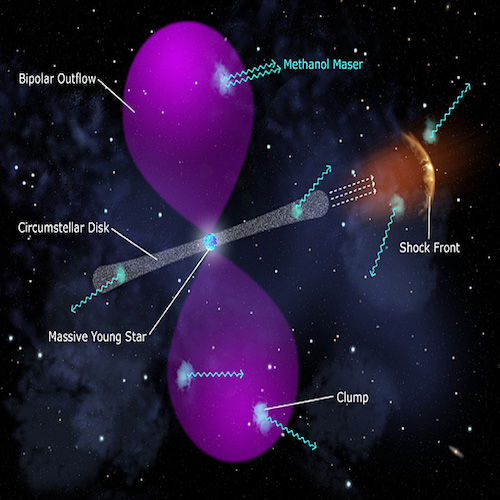 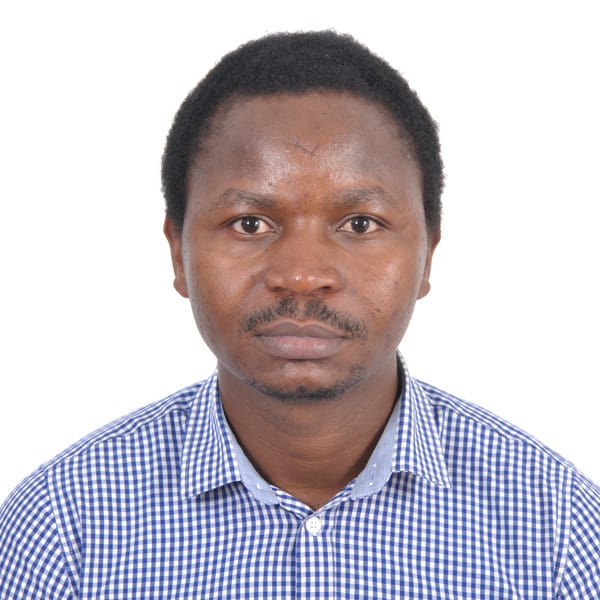 Maser is a short form for microwave amplification by stimulated emission of radiation. Masers are produced in a similar way as lasers. A laser is a light amplification by stimulated emission of radiation. The only difference between these two emissions is the portion of the electromagnetic spectrum that is being amplified. For a maser, the amplification occurs in the microwave region of the electromagnetic spectrum while for a laser it occurs in the light region of the electromagnetic spectrum. Masers that occur naturally are called astrophysical or astronomical maser while those that are made by man are called laboratory masers. In the universe, there are a number of object that that produce different types of masers. Examples of these objects include; Star-forming regions, comets, galaxies, planets, Nebula and many others. Masers from these regions are examples of astrophysical masers and can be intercepted by very sensitive instruments called radio telescopes.
Astronomical masers from regions of active star-formation are among the most spectacular natural phenomenon that have been widely used to study deeply embedded young stars in far galaxies. Since, astronomical masers are formed in very dynamic environment, they contain a wide range of information about the physical conditions that surround these regions such as temperature, motion, the magnetic field strength, etc. This information is mostly contained in the spectra of the maser. In order to extra this information, long term observations of maser sources is done and the data collected is processed in several stages to remove the noise, signal interference caused by radio, cell phone signals and those that may originate from microwaves.
Masers from star-forming regions are many and differ in intensity, frequency and velocity range. This is because they are produced from a wide range of molecular transition. However, when the maser signal is intercepted using a radio telescope, it appears like a signal from a heartbeat. Each maser signal from different molecular transition is unique and can be used to understand the physics taking place in star-forming regions.
Now the question is, why study stars using masers? To answer this question, first and foremost, stars as we know them were earlier used by voyagers as means for directions and also as a means for weather prediction. Nowadays, with the development in technology, we have learned that stars, as much as they are born, they also die. The way stars die is dependent on the size of the star. Small stars of the size of the sun or less end up burning out all its materials and becomes white dwarfs. While very big stars of masses 8 times greater than that of the sun are called massive stars and they explode at the point of their death. The explosion is called a supernova which is followed by a large emission of energy, particles that have an effect on a large scale. They can influence weather and also cause the formation of black-holes, galaxies planetary Nebula and many others. So we see that studying stars is important because it helps us understand the universe we are part of and also provide explanation to events that we may observe.
The question still remains, why masers? Masers are highly penetrative and can provide us with vital information about the stars and the regions surrounding them. Masers, in other words enables us to see the most obscured regions of space which are hidden from us due to cloud cover. So regions that cannot be probed using optical telescopes, radio telescopes can be used via maser observations.
In Africa, there are only two countries with operational radio telescopes, that is, South Africa and Ghana. There is need for more African countries to build up radio telescopes in order to participate in scientific study of our amazing universe.

Publish to the journal